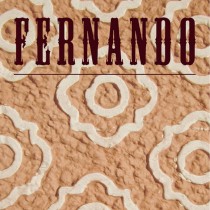 This short short story (580 words) was originally a submission for an e-pub contest hosted by Lulu. It’s also a scene from a larger project I’ve been working on called “Muerte”.

As Fernando looked upon the tiny, shriveled baby lying in Mama’s arms, he knew he was obligated to love it. It was his new little sister, after all. And yet, all he could feel was resentment rising like bile in his throat.

The baby almost did not survive the difficult transition from the womb to life. She was frail and sickly and looked more like a hairless rat than a human being. Mama, however, seemed unaware of this fact. The force of her love filled the room. Even Papa seemed to have fallen under a trance as he smiled foolishly at his new daughter.

Fernando left the room and wandered outside to sulk. The abrupt sound of shuffling startled him and he realized that Alfie was sitting on a crate nearby, playing cards.

Alfie smirked when Fernando turned to face him. He was 17 now, a true man, but he still had a boyish way about him. “Why so glum, little brother? Can’t you see how happy Mama is to finally have a daughter?”

Alfie’s remark struck Fernando like a barb. Did this mean he and his brother were not good enough?

Fernando treasured his position of being the baby of the family, even as he desperately desired to be treated like an adult. He knew it didn’t make sense, but now this new baby would rob the last of Mama’s love and attention, and Fernando felt doomed to be stuck in middle-child-limbo.

“Don’t you ever smile?” Alfie asked, looking at Fernando with concern. “Come here.”

Obediently, Fernando approached his brother. If there was one person on this earth that held complete sway over Fernando, it was Alfie.

Alfie grinned and reached into his vest. He extracted a cigarette and lit it. The smell of sulfur from the spent match wafted pleasantly across Fernando’s nostrils. His heart gave a leap. Alfie was going to share a cigarette with him. Even at 8-years-old, Fernando understood this as a secret handshake that would initiate him into the world of men and the Things Men Do.

Alfonso took a deep drag, and his eyes fluttered slightly as the smoke filled his lungs. Fernando wet his lips and hoped he would not cough when he took his first puff.

Alfie then reached out a hand toward Fernando, but not the hand holding the cigarette. He placed his fingers behind Fernando’s ear and, with a glint of metal, produced a coin – seemingly out of thin air.

“Look, brother! There was a centavo tucked behind your ear! Lucky you!” Alfie pressed the coin into Fernando’s little palm and patted it shut. “Now, you can buy some candy to help cheer you up!”

Fernando lowered his eyes and his fist closed tighter and tighter around the coin until he felt as though it might turn to dust in his hand. Disappointment crashed inside him as he realized that Alfie was not going to share the cigarette with him after all. His brother still saw Fernando as a little child, easily distracted with magic tricks and promises of candy. For each passing year Fernando grew closer to being a man, but Alfie grew even older. It was a futile game of chase, and Fernando felt he would never catch up.

And now he had a little sister to worry about. No longer a baby, but not yet a man. What was Fernando supposed to be?

He turned sharply on his heel and ran off into the field to hide amongst the livestock, while Alfie chuckled fondly, shaking his head.

I like the way you write, you can have a almost clear vision of the story. Keep up your writing! (v)

Thank you so much!